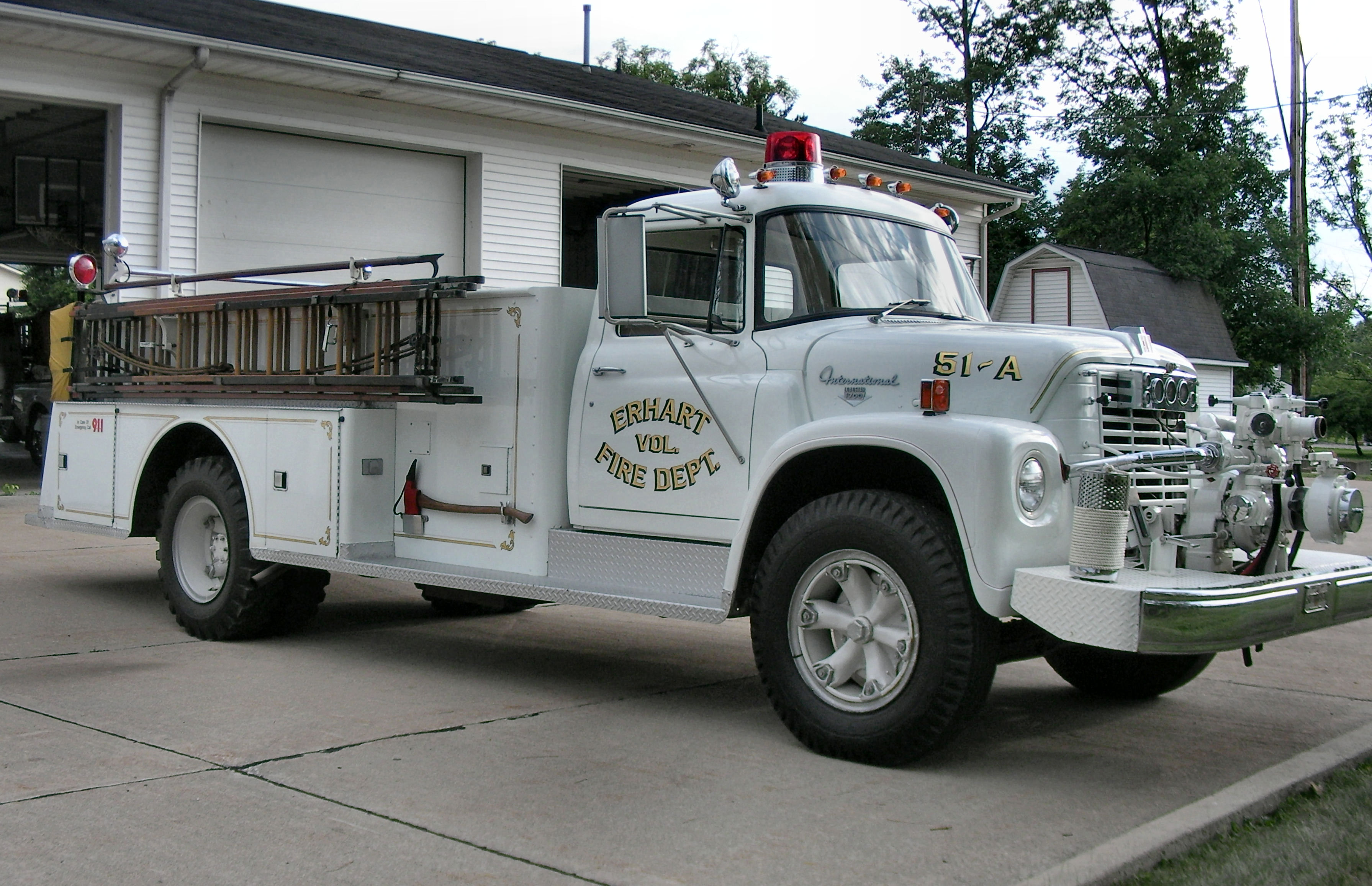 On July 29, 1952, a handful of residents gathered at a nearby establishment in the community of Erhart, Ohio to form a much-needed volunteer fire department. They originally served areas of York, Litchfield, Liverpool and part of Grafton Township.

The Erhart V.F.D. began service with a total of $35.00 to purchase a portable pump, hose and nozzle. After several fund raisers, the department purchased their first fire engine, a 1937 Chevrolet pumper purchased from Hinckley Township for $300.00.

In 1954 the fire department built their first station at the corner of state route 57 and Erhart Road.

It was a quonset hut type building which still stands today. The department then acquired a 500-gallon pumper/tanker and received as a donation an old 1600-gallon gas delivery truck to be used as a tanker. Two more purchases rounded out the department’s vehicles: A 1954 Jeep for grass fires and a 2000-gallon Diamond Reo tanker purchased from Cleveland Hopkins International Airport.

The Erhart Rescue Squad started service in July 1974 with a used GMC ambulance, purchased during that year.

In 1977, the York Township Trustees built the current station at the intersection of state routes 18 and 252 and it was expanded in 1991 to accommodate all current vehicles. The station in Erhart was then sold.

In 2006, after more than a year of discernment, the present and active members of the Erhart Volunteer Fire Department, Inc. voted to disband this fire department and transfer all control of operations and assets of the organization to York Township. Erhart was the last private fire department in Medina County.

As of January 1, 2007, the township trustees appointed Ken Barrett chief of the new Erhart/York Township Fire Department. The members of this new organization were then sworn in as township employees on April 26, 2007. The Erhart Firefighters Association was formed by the firefighters and EMT’s to support the new fire department.

Erhart maintains a Mutual-Aid Agreement with all fire departments in Medina County and parts of Lorain County, but has traveled to numerous distant cities to lend assistance when needed.